Home Fishing News Protecting Ourselves and Fish Through Saline Conditioning 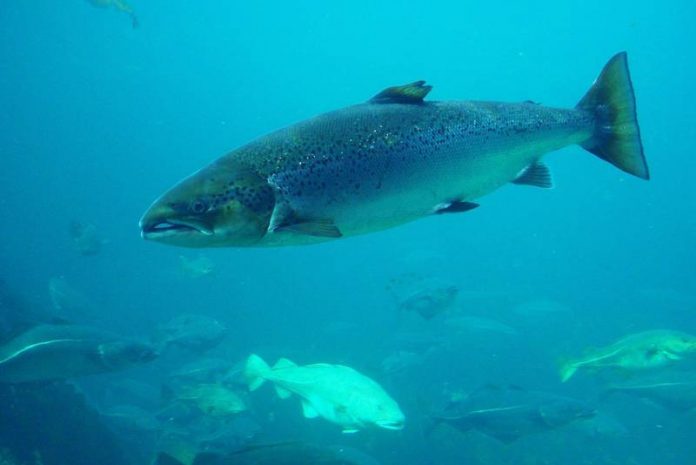 Prevention of Winter Ulcers in Post-Smolt through Saline Conditioning

Keeping smolt in brackish water helps in the prevention of ulcers caused by Tenacibaculum and this needs to be done at least two weeks before they’re actually transferred to the marine nets pens. The process, researched by Cermaq R&D and the University of Bergen (UiB), can make the smolts less vulnerable to infection caused by Tenacibaculum. This new study tested various strategies for smolt production related to Tenacibaculum.

The usual procedure is that immediately after smoltification, post-smolt are put into seawater; however, some production strategies involve putting the fish in fresh water for a long period or even addition of saltwater prior to transferring the smolts to the sea. During the trial, pre and post infection smolt samples were taken to find out what exactly happened to the fish skin when they are infected.

All the trials were conducted at the laboratory site located at Industrial and Aquatic Laboratory (ILAB) in Bergen. After smoltification, post-smolt (weight category 70gm, 100gm, and 150gm), both in fresh water as well as in brackish water, were infected with Tenacibaculum bacterium and directly transferred to the seawater.

Ample training of the personnel working at all the fish farms must be provided pertaining to the health and welfare of Atlantic Salmon. Proper training is the only way to ensure disease-free fish farming, enhanced production, and better legal compliance.

Marte Fredriksen (UiB researcher) led the research team and they used a wide range of histological tools during their investigation, which primarily focused on tissues infected by the bacterium. Scientists were investigating how the complex infection starts and what factors might directly affect it.

Infections caused by Tenacibaculum can lead to lesions (aka winter ulcers), especially during the periods when water temperatures are lower than normal.

He says that the study revealed that greater damage has been done to the fresh water fish’s epidermis and it worsened after the infection. Thus, fresh water salmon suffers from a greater strain when transferred to the seawater than their counterparts farmed in brackish water.

However, this also opens up the possibility of limiting or completely preventing the risk of tenacibaculosis by keeping the post-smolt in brackish water prior to their transfer to the seawater.

The research has strengthened the hypothesis that post-smolt put in purified seawater for a longer duration prior to their transfer has several benefits vis-à-vis the performance, welfare, and health of the fish. Infection can be effectively prevented by keeping the skin intact and influencing how it’s affected during the farming process.

Admin - April 24, 2019
You can find grouper in different colors, sizes, and varieties. And similar to other fish around, they are a great protein source,...