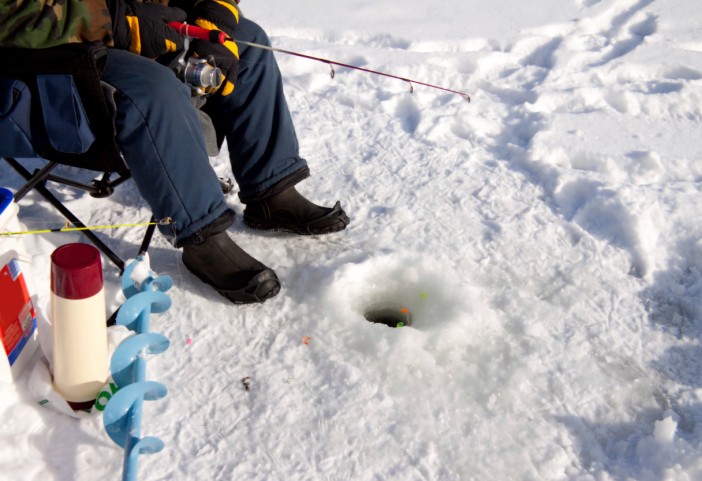 Ice fishing looks like a fun activity. It could be because there is nothing like fishing out in the cold. Or people could also be lured to try it because it’s not anything like the other fishing activities out there. But people who would like to try this activity should know that this comes with corresponding dangers. For one, there are is the risk of falling through the ice. However, it seems that this is only the tip of the iceberg. The Mayo Clinic has a study that shows other common ice fishing mishaps. This was published in the recent edition of The American Journal of Emergency Medicine.

The said study was done from 2009 to 2014. The results were based on the emergency department visit data which was produced by the National Electronic Injury Surveillance System All-Injury Program. Included in here are information from 85 people who were hurt from their ice fishing activities.

According to the findings of the researchers, about half of these suffered from broken bones, strains, and sprains. About 33 percent on the other hand involved injuries like cuts, fishing hook accidents, punctures, and abrasions. Five of the anglers suffered from appendage loss, organ injuries, or concussions, while fell on the water. Four are said to have been burned.

The study’s lead author, Cornelius Thiels, told in an interview with the Mayo Clinic News Network that falling through the ice was considered the most feared risk for this recreational activity. However, he did say that burns were just as common as falling on water but this is not often discussed. Thiels describes that ice fishing huts will have their rudimentary heating systems and this can cause fire accidents and carbon monoxide inhalation.

Thiels also observed that the popularity for ice fishing increased which also resulted to more ice fishing injuries. He expressed his concern that injuries tied to ice fishing are more severe compared to those that were incurred in traditional fishing.

Admin - April 24, 2019
New guidelines have been launched at the SeaWeb Summit in Seattle which seeks to minimize the negative impact of ghost fishing gear...