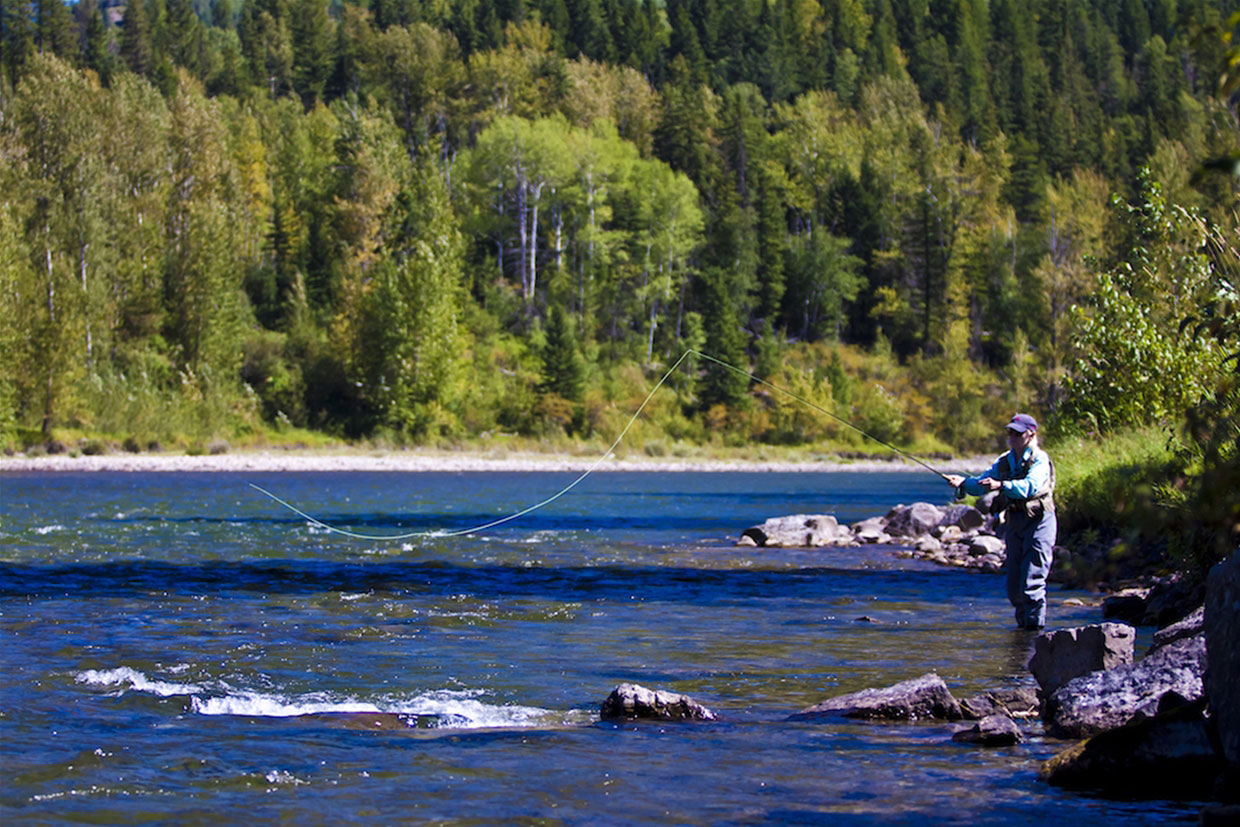 Fly fishing opened in June 15 for the Elk River and its tributaries.Foreign species like the rainbow and brown trouts have been introduced into the rivers in different parts of the province. These are now found in here along with the native species like the cutthroat trout and pure stain westslope which have been in the Elk for a long time now.Cutthroat belongs to the salmon family. They say that this has disappeared from most of its original habitat.

They are often spotted for their pink, orange or red marking that are found on their throats. They grow anywhere from 8 to 18 inches and like to stay on the water’s surface because they love to eat dry flies.In comparison, the bull trout is also an endangered species that have vanished from many other rivers but surprisingly, can still be seen in Southeastern B.C. These can grow up to 30 inches in length.The owner of the Elk River Guide Company, Paul Samycia, say that the native fish still make the Elk Valley watershed as one of the most wonderful dry fly fisheries in the globe. He says that these are coveted by many fly anglers.

He also claims that the beauty of the valley is another factor why they continue to come fly fishing here, saying that this is one desirable destination to travel to Samycia describes fly fishing as a sport that requires coordination and rhythm. He even called this a science. While there is a learning curve, anglers have the tendency to get obsessed with fly fishing. He thinks it’s because this is challenging to begin with. He too grew a liking for this activity and even created a business from the local fly fishery.You can obtain licenses online, get it from the Fernie Courthouse, or most fly shops.

A River Runs Through It: The Movie That Inspired A Generation of FlyFishing

Admin - April 26, 2019
The secret to being able to survive the cold weather outside during an ice fishing activity is staying warm no matter what...